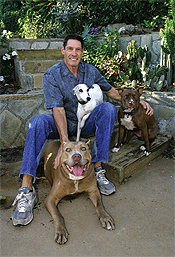 Rarely heard from and almost never seen, there is a silent supporter in Los Angeles’ animal welfare world.  He lives a quiet life, drives an 8-year old dog-friendly PT Cruiser and does his own grocery shopping, and while this hero manages to stay out of the public eye his generous contributions speak for him.  His name is Dr. Gary Michelson.

Pets have always been a positive force in Dr. Michelson’s life, providing great comfort through difficult times, and in return he is committed to ending the needless euthanasia that is the current de facto animal control policy in the United States and beyond.

True to his entrepreneurial roots, Dr. Michelson’s Los Angeles-based Found Animals Foundation (www.foundanimals.org) is taking a different approach to animal welfare.  In true innovative fashion, Dr. Michelson decided to treat animal issues the same way he would a business problem and brought in a professional staff (led by Stanford MBA Aimee Gilbreath) to tackle what he calls “an experiment in social entrepreneurship”.  This insightful team is bringing new thinking and business principals to bear on everything from spay/neuter to adoptions.  For example, a recent live streaming “kitty cam” garnered nearly 800,000 individual viewers in a matter of only two weeks, which helped to nearly triple weekly adoption numbers at the shelter where it was hosted. — 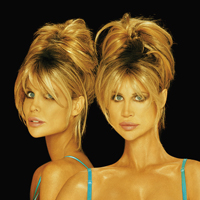 In October of 2008 Found Animals announced The Michelson Prize in Reproductive Biology, which is representative of Michelson’s visionary thinking.  The program offers $25 million to any group that can develop a non-surgical sterilant for cats and dogs, helping to overcome the costs and challenges of the current surgical spay/neuter standard.  Found Animals also offers a companion grant program to provide funding (up to $50 million) to help researchers pursue other promising non-surgical sterilization procedures.  The program was featured in USA Today and spoofed on Saturday Night Live within a week of its launch.  Over forty applications for grant funding are currently being processed.

The Found Animals staff works hard to promote new ideas.  Among them are ways to use social psychology to encourage the adoption of shelter pets, and brainstorming how to harness some portion of the $43 billion Americans spend on their pets each year.  The organization plans to use L.A. as a test market and will expand nationally, possibly world wide, according to their success.

Michelson is a firm believer in the ability—and responsibility—of government to work for the benefit of furry constituents.  An eternal student, he’s made a point to research good policy and is convinced that doing right by animals actually saves taxpayer dollars over time.  Found Animals researches best practices and makes information available to local officials on everything from subsidized spay/neutering to dog licensing as a revenue source.

Meanwhile, Michelson is content to remain in the background and go about his very un-billionaire like daily routine.  He shares his home with three dogs, two happy and outgoing pit bulls (one of whom weighs in at over 100 pounds) and a graceful and reserved whippet.  Seeing them now you would never guess that they were rescued from confinement in a tiny chicken coop or picked up off the street after being abused and left for dead.  The dogs don’t know that Michelson is a hero to animals worldwide, they just know that he’s a sucker for puppy dog eyes—and that he never runs out of treats.