State of the Oceans

The Barbi twins, Shane Barbi and Sia Barbi, were famous celebrity pin-up-cover girls of the 90's, that had record breaking calendars, two sold out Playboys and popular branding and merchandise around the world, including their images on Russian stamps. They are now renowned animal activist correspondents and media spokeswomen.

The Barbi Twins are the Animal Editors of the #1 green magazine, "Origin Magazine" (Issue15) and they interview numerous iconic celebrities, like their animal pals Bo Derek and Willie Nelson.

The twins were producers of a documentary and of the critically acclaimed film, "Your Mommy Kills Animals", and were featured in many other animal documentaries, including "Saving America's Horses", "Skin Trade" and TV shows, such as Morgan Spurlock's FX "30 Days-Animal Activism".

The Barbi Twins claim that they were the first at being "famous for nothing" and put their 7.5 minutes of infamy each toward animal rights. Famous for Something, Indeed: The Barbi Twins Take Tangible Action for Animal Rights

They grew up in a show-biz family and were featured in their own "Barbi Twins: E! True Hollywood Story". The twins were also featured in a "48 Hours" special about their first book, "Dying to Be Healthy", focusing on their struggles with eating disorders.

What the twins want to bring to the radio show is their bipartisan view on conservation and animal rights. They coined themselves "Green Tea Baggers", claiming the animals are the real 99%-ers, the true victims.

Speak Up! Enacting Change on Behalf of Animals By Sia and Shane Barbi

Sia Barbi: Shane, want to tell people who the heck we are?

Shane Barbi: You and I got our seven-and-a-half minutes of fame each as Playboy’s celebrities, which we use for an additional sixteenth minute of fame as vegan authors and to lobby for animal rights.

Sia: What do you say to those who criticize us for only promoting animal causes when the world is in such turmoil with violence?

Shane: It’s a perfect time to talk about animal issues and causes that everyone can help with instead of being a hopeless victim. It’s about being proactive, setting an example of showing the greatest humanity to the smallest, most vulnerable victims: the animals.

For example, we’ve become so desensitized to think it’s normal to kill our companion animals in kill shelters. We kill three to four million a year. That’s only one percent of our population, so why do we feel the need to kill healthy companion animals? As animal rights activists, we have the duty to fight for the animal to live, not die. Animal activists claim they’re “biocentrics,” so who are we to pick who should live and who should die?

Sia: Most people say that they don’t like feeling helpless when it comes to protecting animals. What do you say to those people?

Shane: People underestimate the power we have to make real change for animals; it’s with our vote. Representatives may not care about animals, but they care about our vote and that is our leverage. And it’s like you always say, Sia, “Martin Luther King said you can’t change the heart, but you can stop the heartless with laws.”

Sia: I do always say that. So can you be more specific on how to go about helping animals with just our vote? Shane: Most animals have some kind of protection bill. The ESA, or Endangered Species Act, protects all endangered animals, but the government lifts the ESA, enacting loopholes or amendments to these bills for their own interest.

For example, the wild horses have a protection bill called The Wild Free-Roaming Horses and Burros Act of 1971, managed by the Bureau of Land Management (BLM). This bill was amended several times to get rid of the horses so that the land could be used for government business. The most recent amendment was The Burns Rider in 2004 by Senator Harry Reid, who tried again to amend it in 2005. Government wrote loopholes claiming wild horses are “feral” or “pests” to the land. They also claim wild horses are overpopulating, by putting out false reports that mares are having three to four foals a year, which is impossible. Horses take up less than one percent of the land and are continuing to zero out in population. Outside agencies are hired by the BLM to do false impact studies that favor government businesses.

Sia: What about the horse-slaughter bill in general? It’s not just about the wild horses. Is horse slaughter legal? 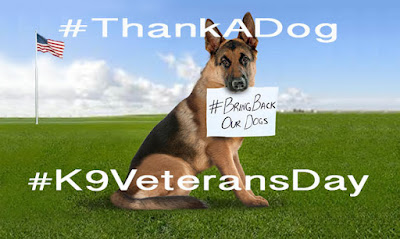